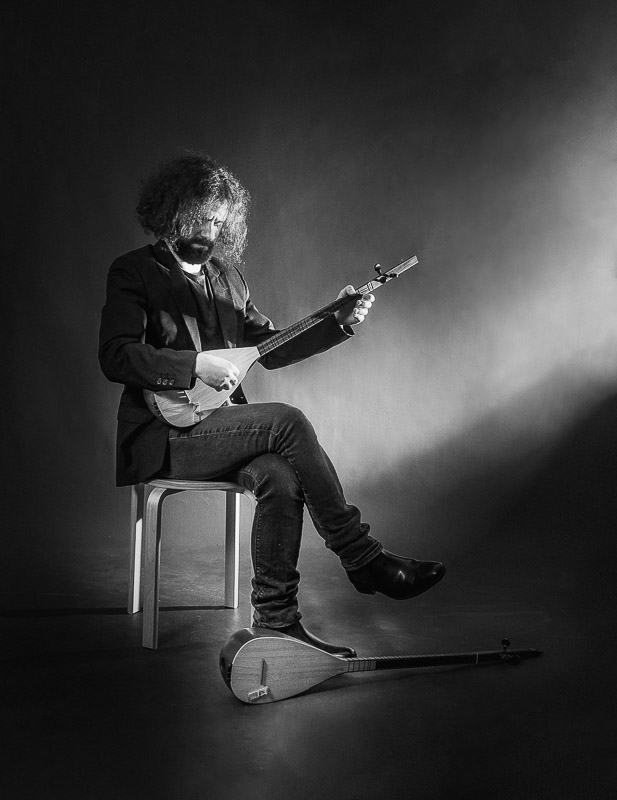 For around 15 years Gilad has been a prominent guitar player within the israeli independent music scene, playing with large array of groups from a wide range of styles, including blues, rock, country, psychedelic experimental and even pop flavoured acts.

At around the age of 26 his endless musical curiosity led him to discover new sounds which weren’t very common in his immediate vicinity, these were the sounds of turkish folk music, known in turkey as türkü, and through them he had learnt of a very new concept which was gradually gaining more and more recognition in Turkey- the Fretless Guitar.

That revelation set him to a quest of exploration which went beyond the realms of music and ventured towards that of history and culture as well.

Gilad’s life had connected with many other’s in turkey and since then he had his time split between there and his first home in israel.

He quickly began to study the tradition of that music while using the folk instrument known as Kopuz (a Bağlama) all the while driving the progressing bandwagon of the fretless guitar.

Gilad’s pure love for these instruments, music and people had put him in a curious place, on the one hand many people in turkey observe his take on their musical tradition with an awe, citing that he sounds just as one one of them, and on the other hand, his take on fretless guitar had contributed to the progress and development of the instrument, Gilad is constantly working on methods and exercises with the aims of contributing to the establishment and recognition of this instrument.

We use cookies to ensure that we give you the best experience on this website. If you continue, it means you accept our use of cookies.